I Am In Mourning 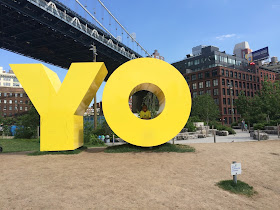 Yesterday was a typical day for Aiden. I took him and August to the Brooklyn Bridge Park Pier 2 pool, he worked on his cannon balls, played Marco Polo and pool tag with a few other kids, and swam until he was tired. Overtired.

We had lunch on a nearby picnic table, listened to music, chatted, shared jokes.

We took a walk to Pier 1, played under the Brooklyn Bridge, went to Jane's Carousel, and played on a nearby lawn. 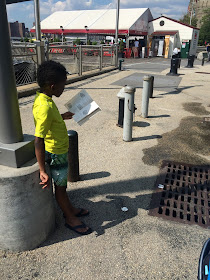 It wasn't until after we got home, after dinner, after baths and cleaning and putting the boys to bed that I realized something: it wasn't a typical day at all. Not for me. Not as a mom of a little black boy.

Yesterday, America woke up to a hashtag. Another hashtag of another black man, Alton Sterling, killed at the hands of police officers, those who are supposed to protect and serve. 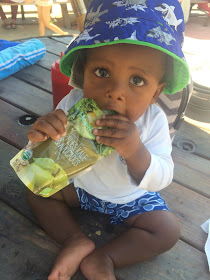 I share so much about my story and Aiden's life on this place and space. I share my truth. Well, this fear? It's also my truth. I am scared, y'all.

If Aiden were to ever be stopped by a police officer, how does he stay safe? How does he stay alive? What do I tell him that'll keep him alive and well and help him get home without holes in his body?

Respect authority?
Don't wear a hoodie?
Don't play with toy guns?
Don't ask, "Why am I being pulled over?"

What?! What do I tell him to help him stay alive? 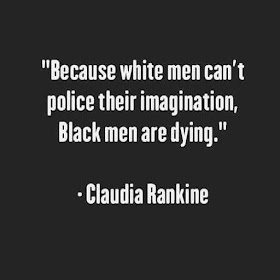 He's sweet and funny and full of energy. He loves to read to August and play with August. He loves to play on his iPad, play chess, and swim. He gets a thrill from solving math problems and doing science experiments. He likes to try to shoot like Steph Curry (even though he can't make a three-pointer for the life of him). He's terrified of bugs and he's still scared of the dark. He still sleeps with teddy bears and the lights on and children's music in order to not be so afraid of the dark.

Soon he will be taller. Soon he will weigh more. Soon he will grow facial hair. Soon, some white women will cringe when they see him walking towards them. Soon, some teachers in his school will no longer give him the benefit of the doubt, but he will get a huge consequence for a minor infraction. Soon, some store clerks will follow him around thinking that he's about to steal something. Soon, police officers will see his brown skin and see him as a threat to their safety.

What then? What, as his mother, do I do at that point? 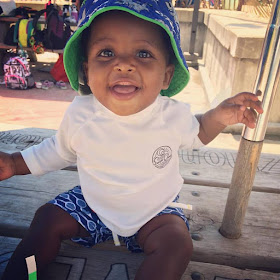 Yesterday, I had the news on in the background as I was making dinner and as Aiden was playing with a ball. The Alton Sterling coverage came on and Aiden's first response was, "But... they didn't have to kill him! Even if they thought he had a gun, they're supposed to just arrest him and take him to jail."

His second response went something to the tune of, "Wait... something like this happened before. Right?" 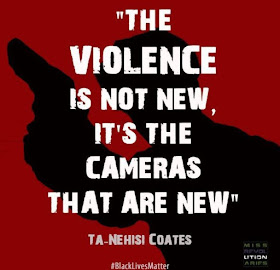 He remembers Mike Brown. And Tamir Rice. And Eric Garner.

I love reading what you have to say!